januari 13, 2018
Jordan Peterson, either you love him or hate him. As an admirer of Peterson myself, I've hanged on every word he said. But this doesn't prevent me of looking with a critical eye to his ideas. Because I think Jordan Peterson needs more constructive criticism.

The second blog of my critical Jordan Peterson blog series (the first one is about his claims on campus ills and postmodernism), is about his Biblical lectures.

As an atheist, I find the Biblical lectures of Jordan Peterson fascinating. It renews my appreciation for the cultural roots of western society. I was always interested in Christianity but I lacked a "translator" who could teach me religious texts from a scientific viewpoint. Jordan Peterson is such a translator and it has changed my way that I look at religion and the way I look at contemporary atheists, who all the sudden look ignorant, childish, bitter and resentful. It certainly made me more critical of the New Atheist movement.

In one of his lectures, Peterson explains how religions form. Every religion starts from a behavioural substructure that produces general pro-social and evolutionary successful behavioural patterns. That's why religions have similarities.

Then you have the cultural practices predicated on it with firstly the (religious) symbolic representation of what this pro-social behaviour would be like. Symbolic representations is for instant a messianic figure (Jesus), the hostile brothers (Cain and Abel), serpents (the devil-in-disguise), a walled garden, etc.

On top of that lies the set of articulate religious propositions (the Bible) which then gets a philosophy extracted out of it (encyclicals for instant). Religions strive for coherence on all those scales of analysis.

Peterson argues that the conscious part of religion (the philosophy and religious propositions) got debunked by science as factually untrue, but this doesn't mean there is no behavioural truth in religion. That's what he's doing in his Biblical lectures: showing the behavioural truth of religions, with success apparently.

I can agree with that up to 4. The strange thing that happened is that Peterson switches from strategy to outcome. It isn't clear for me if Peterson sees God as the mode of being that is required to become the abstract ideal, or if God is the ideal being itself which we need to strive towards.

He seems to be switching between the two perspectives often. He uses the former when he discusses the logos of Western society (roughly speaking the act of participating in a truthful dialogue) but he uses the latter if he presents God as a metaphorical judicial figure, because we judge ourselves on the basis of the abstract ideal.

From an evolutionary viewpoint, the former is preferred to the latter. That's because the environment changes rapidly and you are more flexible in your strategy than in your genotype.

As an organism, you want to have evolvability rather than an adaption. Otherwise you go extinct. In fact, you can recognize a doomed species on the basis of its evolvability. For instant, the panda is very much adapted to eating one thing: bamboo. As the panda became more specialised in eating bamboo, it can focus more on growth and as the panda grew larger, it has larger costs for reproduction. This works as long the environment allows for lots of bamboo. But it won't so panda's could go extinct.

You see this pattern repeating across evolutionary history. An organism starts small, finds a good strategy in a relatively stable environment, specialises itself in that strategy, allocates more resources towards growth and competition than reproduction, then the environment changes rapidly, the organism has not the adaptability capacity to cope and goes extinct. Mammoths? Very good for Ice Ages, very bad for warm climates. Megapredators? Very good if there are megaprey, very bad if those are dead. That's pretty much what happened 10,000 years ago.

Peterson hasn't given me sufficient evidence that we as a species are more like panda's and mammoths. Alright, this is objection number one.

Peterson gives no insight whatsoever in the evolutionary game mechanics of his God theory, nor gives he any evidence that what he says is factually true. Yes, it could be that God is the meta-strategy, but it could also be that the Judeo-Christian God is simply one of the many strategies that could invade all other strategies. Some evidence suggests the latter, as Christianity is by far one the most successful religions of the world that extinguished any other religion it came into contact (nobody believes in the Greek, Roman or Norman gods anymore). This is objection number two.

Peterson also doesn't sufficiently take into account that the abstract idea of God differs between populations, differs within populations and differs in time. The God of the Israelites is not the same as the God of today. If God was already the fixed meta-strategy, then it wouldn't differ at all. How Peterson can reconcile this variability with his universalist claims, is a big question for me. I think he can't.

That's because God is not a meta-strategy but a strategy, one of the many competing abstract ideals. Evolution is not a process that stops at some kind of finish line, nor do symbolic representations. I do not doubt humanity is striving for some kind of meta-strategy, the ultimate God. I argue that the process towards it is far from complete and humanity is still producing variants of God to (a) fit into the ever changing environment and (b) win the endless struggle of life.

Peterson should shift his attention more towards a comparative analysis of religions, especially the two dominant (and colliding) monotheistic religions of today: Christianity and Islam. That's the biggest struggle of today and it isn't clear to me which one has the better cards. Peterson has stated before that he has not enough knowledge about Islam to judge it.

(To be honest, my take on Islam is that Muhammed was a charismatic warlord who used bits of Christianity and Judaism and made-up on the spot propositions to construct a new religion who's sole purpose was to unite all Arab tribes and conquer all others. Later scholars have expanded the religious practices but it is artificial and Islam always risks regressing into the murderous expansionist ideology of its beginning. That's what salafists and jihadists do. Radical-right politicians like Geert Wilders are not ignorant (like some claim) but actually very aware of Islam's roots and refuse to recognise it as a religion.)

Anyway, it's a big weakness in his theory. This is objection number three.

Lastly, Peterson has focused a lot on religion as a strategy for being that he has neglected other evolutionary pressures that gave rise to religion. Moral psychologist Jonathan Haidt sees religion more as a binding tool for social groups within the context of multi-level selection. Now, his ideas are not controversial (most evolutionary biologists reject groups as units of selection) but we can't dismiss them out of hand either.

But what about I suggest a variant of Peterson's argument: what if the belief in God was on itself a selective mechanism? Imagine: you're a prehistoric man living in small social groups. Probably, not accepting the religion of the group would squash any chance of having a dominant position in a group and the women wouldn't want you, at best. At worst, you would be cast out of the group and died a very lonely and painful death.

I don't claim that these signals have any relationship with their actual behaviour. I'm not being a cynic here, but I'm sensing a new kind of theodicy coming up here. If living a life in alignment with being (so speaking truthfully) is evolutionary advantageous, why is there so much evil in this world? Peterson can state that liars don't last long on the long run, from an evolutionary point of view such statement cannot be corroborated. Our bodies are merely packages for our genes. It could indeed be that some of the men are faking, but as long they could keep the façade until they reproduced, their genes would be passed on.

Evolution tends to produce two strategies which are frequency-dependent: a dominant and popular one and a subdominant and rare but potentially highly rewarding one. Deceit is a very risky but very rewarding endeavour. So you would expect that over time, deceivers become better and better in deceiving and manipulating people and the truthful had to keep up identifying them. It is similar to a host-parasite co-evolution, but within one species. I believe that's the evolutionary origin of sociopathy.

But here's a twist: as deceivers climbed up the dominance hierarchy, there is no reason why they wouldn't use that position for tyrannical purposes. Again, with some success. Peterson can say a tyrant hierarchies are unstable, but that just misses the point. Roughly 8% of the men of the Central Asian region descended from Genghis Khan, probably the most tyrannical leader of human history. So if the social structure allows for polygamy (which is more often than we think), a tyrannical sociopath could have had many offspring before getting his throat slit. That's pretty much an evolutionary success.

Bottom-line is this: Peterson should include the social dimension of religion in his analysis, both cooperative and deceptive, not only the competitive dimension. That is objection number four.

All this objections considered, one might think Peterson is factually wrong. This could be and he's well aware of it. But he might be functionally true, and that's a kind of truth which is also important. Jordan Peterson gives us, theists and atheists alike, new tools to look at religious scripture differently, and appreciate the symbolism underlying our culture.

As he stated, you can't keep the culture but reject the underlying symbolism (as in the existence of a transcendental morality personified by the abstract idea of God) like New Atheists do. Our culture is on the verge of collapse if we don't know how to reconcile the symbolic roots with science. That's a devastating critique of atheism and as atheist, I have not seen anyone (not even Sam Harris) refute that properly. The consequences of the atheist hubris might be grave...

That's why I believe as an atheist there is a transcendental morality, transcendent as in going beyond mere individual or communal belief, grounded in existence itself. I believe humanity has tried to express it through literature, folk tales, fairy-tales and yes, religious scripture. I believe atheism should take religious scripture more seriously, going beyond the childish literalist readings. The Biblical lectures of Jordan Peterson are an essential contribution to the search for a transcendental morality.
christendom Jordan Peterson 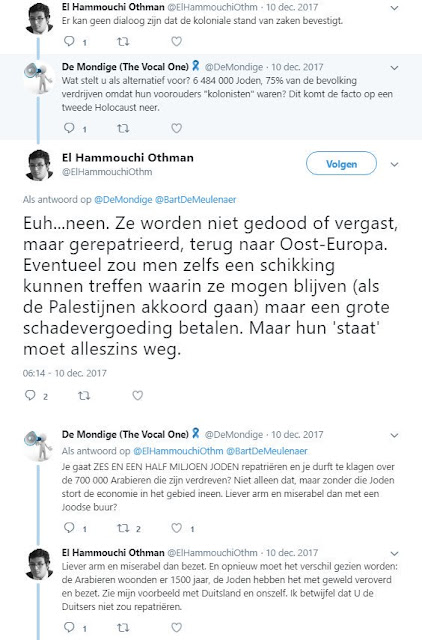